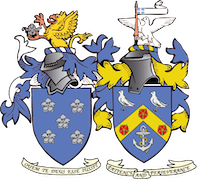 With Afghanistan being very much in the news these days and withdrawal of all US and UK troops from the country I came across a medal that I believe belonged to my Great Grandfather for being in Afghanistan in 1878-79-80.

It seem that we do not learn our lessons well. Afghanistan is a country that will never be ruled by foreigners as history has proved. The British, Russians and Americans have all had a lesson to learn.

Here is an extract from Wikipedia about the medal.

The Afghanistan Medal, sanctioned on 19 March 1881, was awarded to members of the British and Indian armies who served in Afghanistan between 1878–1880 during the Second Afghan War, the first war being from 1839–1842.

The war was caused by British fears of increasing Russian involvement in Afghan affairs. In 1877 the Afghan Amir refused to accept a British Resident and in 1878 agreed a treaty with Russia granting it protective rights in Afghanistan. In response, a British-led force entered the country in November 1878 and advanced on Kabul. After defeats at Ali Musjid and Peiwar Kotal, the Afghans sued for peace and accepted a British Resident in Kabul, the war ending on 26 May 1879. After the Resident was murdered on 3 September 1879, the war recommenced. A British-led force occupied Kabul, defeating the Afghans en route at Charasia. Sporadic fighting continued and after defeat at Maiwand, a British force was besieged in Kandahar. General Roberts led a column that marched from Kabul to relieve Kandahar, the resulting Afghan defeat leading to the conclusion of the war in September 1880. The soldiers who took part in General Roberts' march were awarded the Kabul to Kandahar Star in addition to the Afghanistan Medal.

Medals awarded to the 66th Foot (Berkshire Regiment) and E Battery of B Brigade, Royal Artillery, rate a high premium as these units sustained the heaviest casualties at the battle of Maiwand in July 1880.

When the first phase of the war ended in May 1879, it was proposed that the India General Service Medal be issued with clasps for Afghanistan, Ali Musjid and Peiwar Kotal. However when the war recommenced in September 1879, it was decided to award a distinct medal to cover the whole campaign. 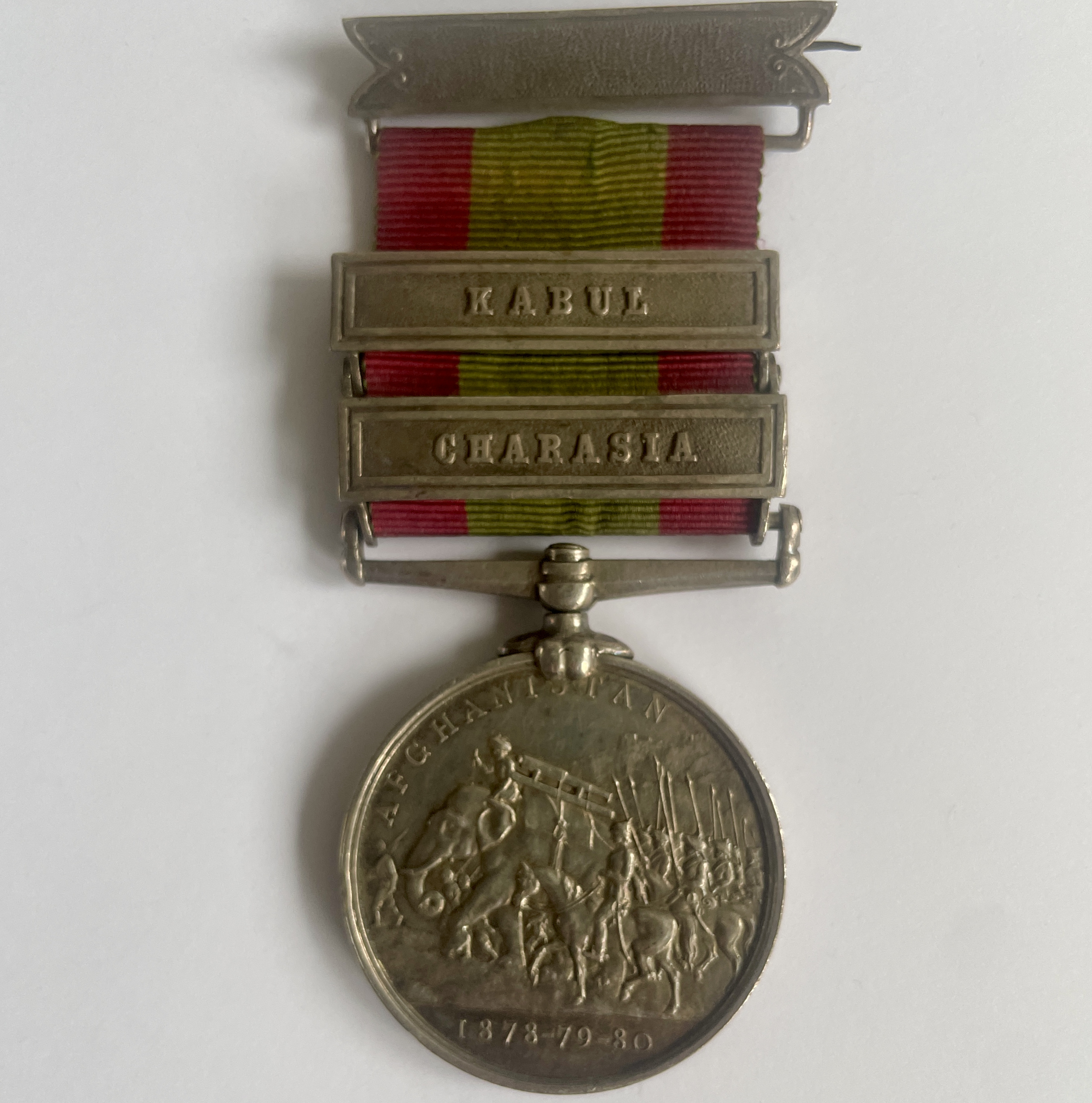 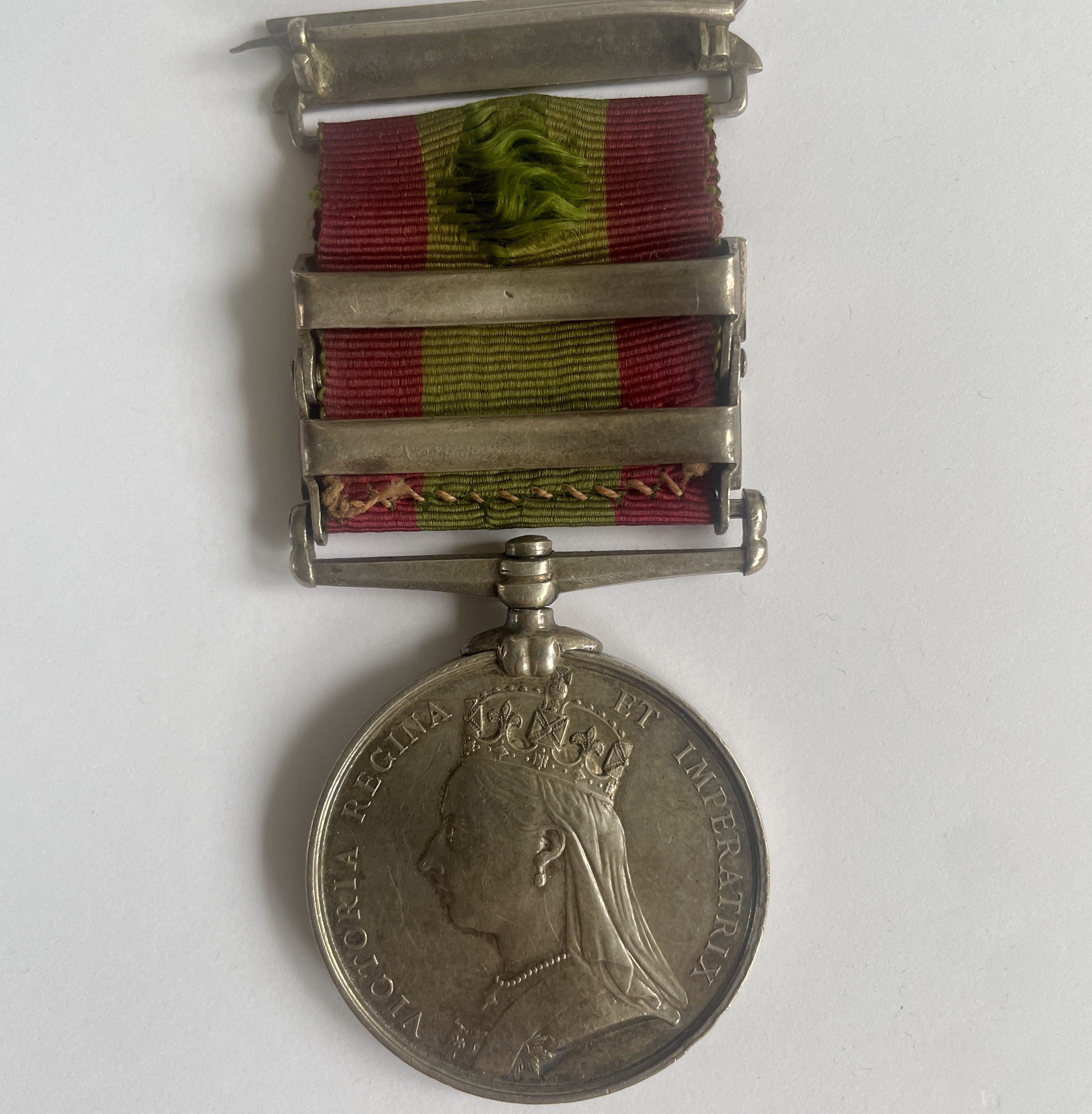 I also found a WW1 medal which I do believe was my grandfathers which is pictured below. 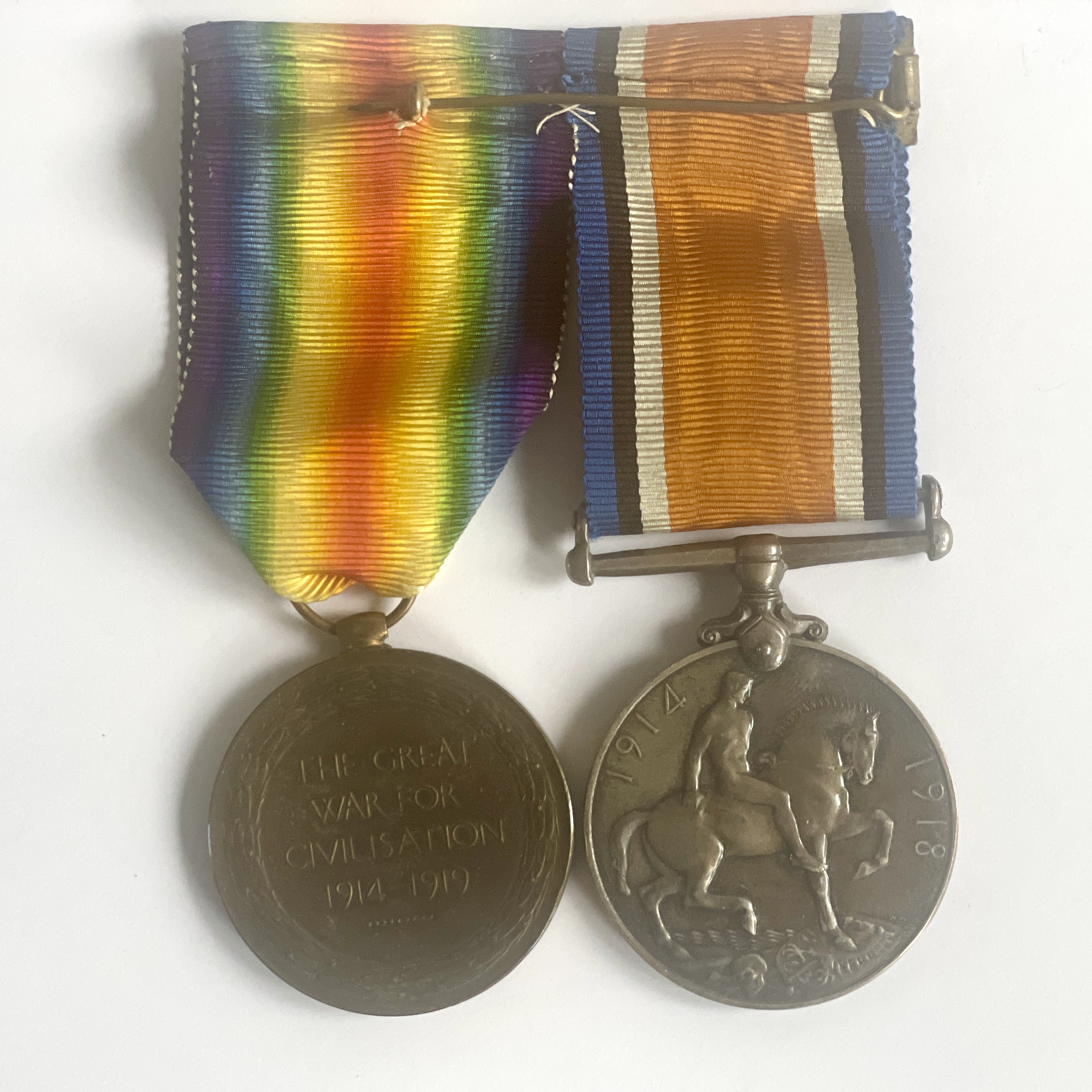 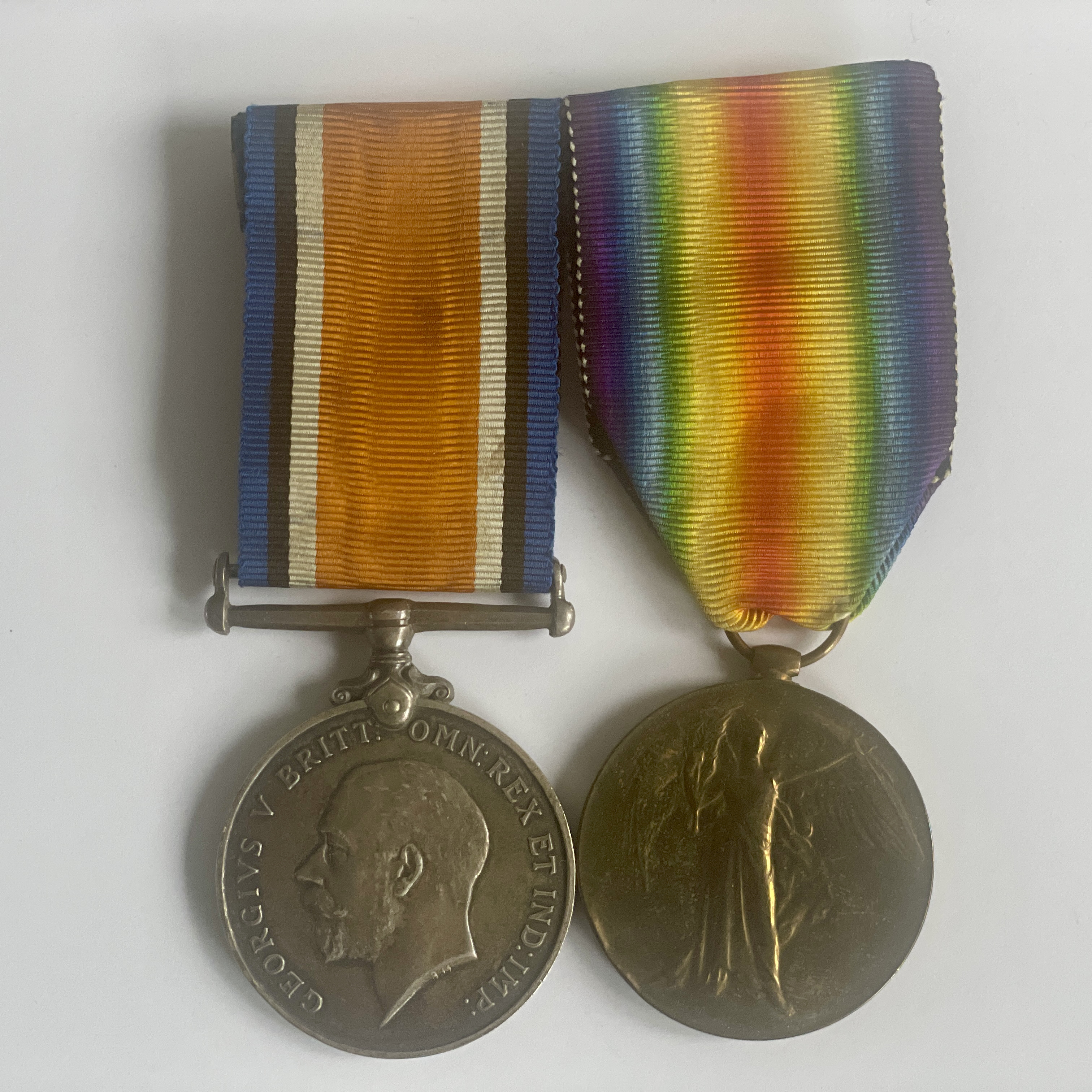 Both the above medals were in a WW1 Princess Mary's Gift Box which was the result of the Christmas Gift Fund launched on 14th October 1914 , given to 500,000 soldiers. 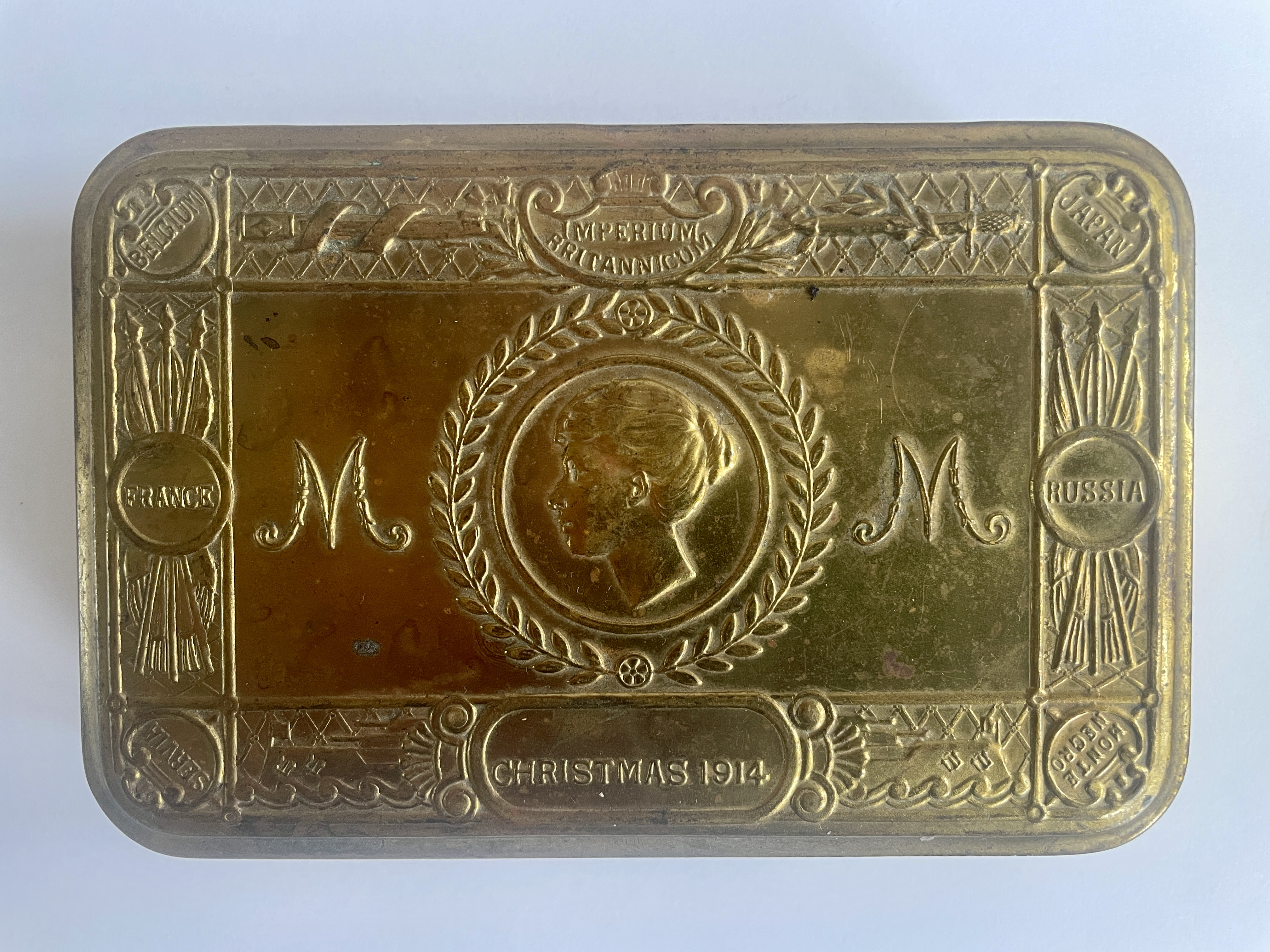 This article published by the Daily Mail on the 19th July 2006 explains all about the brass coloured tin box which makes interesting reading. 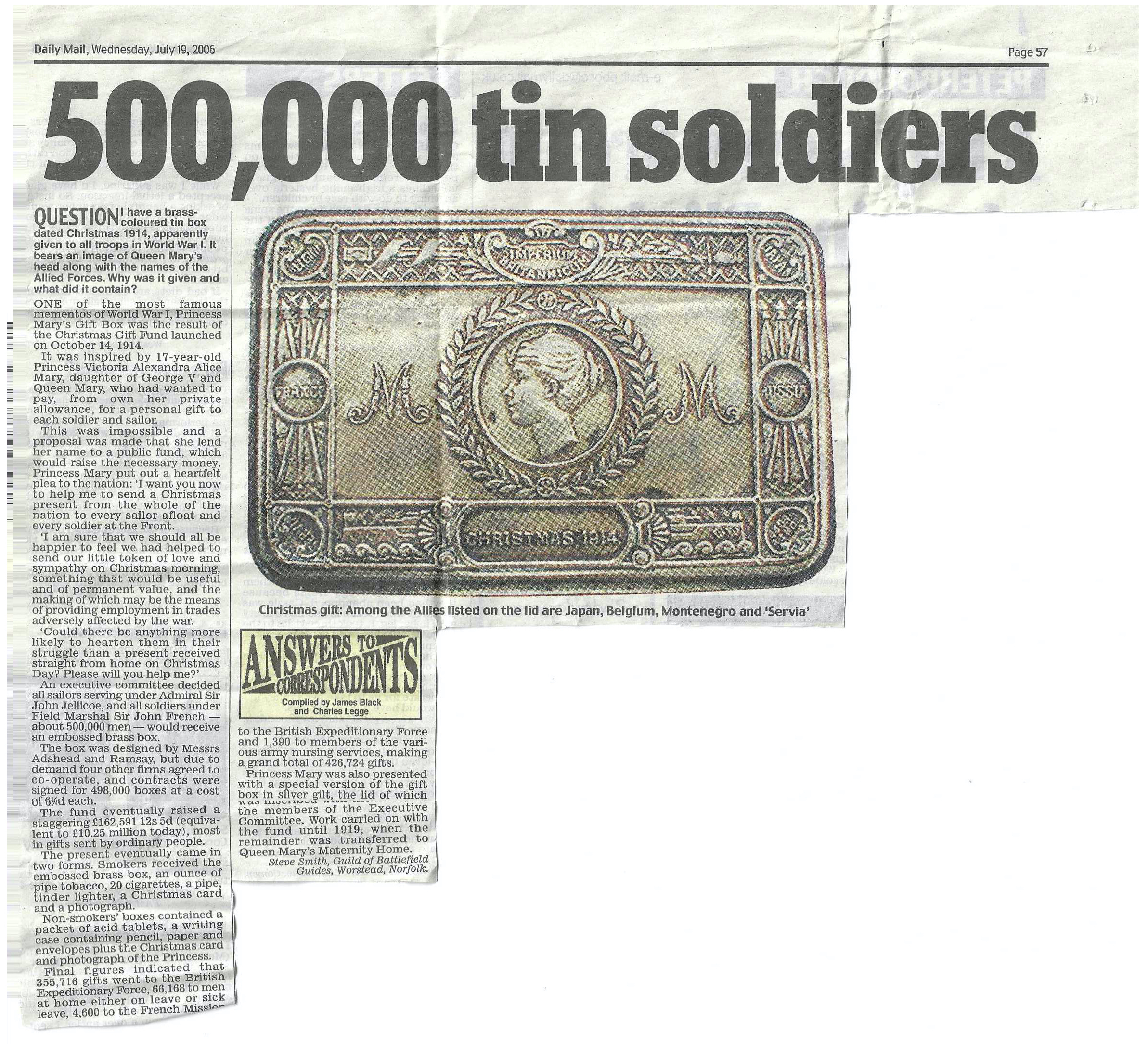